Heinfels Castle was completely restored and renovated from 2016 to 2020. It is the most extensive castle complex in East Tyrol and the Puster Valley. The travel author Beda Weber described Heinfels as a "queen that soars into the air". In fact, the high-altitude castle is enthroned on a prominent rock 1130m above sea level.

Heinfels is a landmark, museum and event venue. The museum offers an all-round experience of historic masonry, magnificent views and vividly presented history. Narrow battlements and round towers alternate with wide panoramic views. Modern architecture opens up the ruins and the highest tower for those who don't fear heights.

In addition to exploring the towers and viewing platforms with spectacular views on their own, visitors are also accompanied through Heinfels by trained cultural mediators. In each castle chamber, each hall, a chapter of the eventful history of Heinfels is told. Castle models, film and audio stations, photographs, original objects and animations are used. The journey through time begins with the founding legend of Heinfels, with the battle of the legendary giant Haunold against the Huns. It continues with everyday life in Heinfels, the geopolitical situation and the storming of the castle during the peasant uprisings. Persecuted people like the Hutterites - supporters of a reform of the church - have their say, as does Thomas Hanns, the convicted murderer of a Heinfels chef. 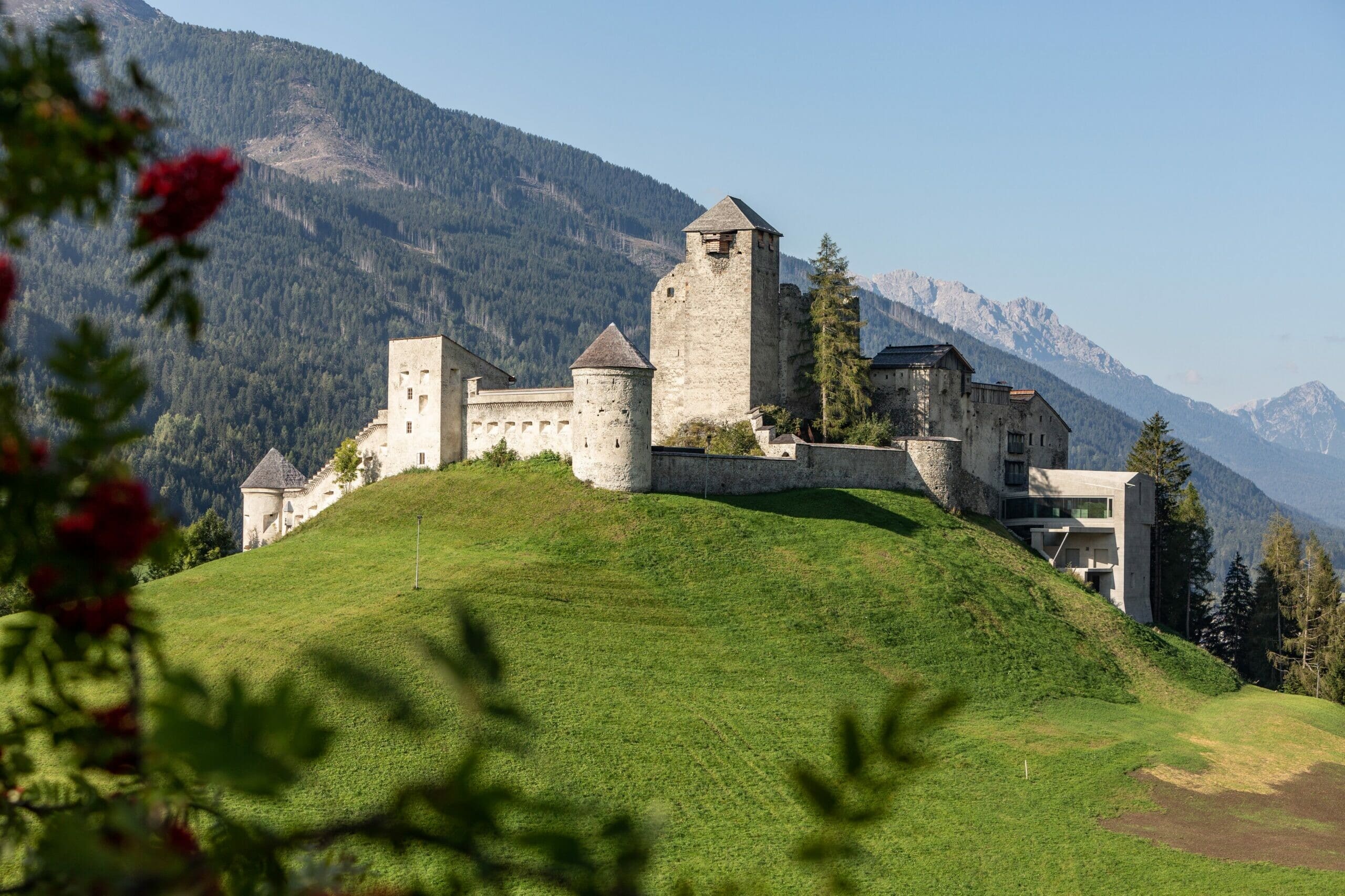 
By car or coach:
Heinfels can be reached from the east and south via the Pustertal and the B100.
Parking spaces are available at the Heinfels municipal office (Panzendorf 126, 9920 Heinfels) and at the fire station (Panzendorf 25, 9920 Heinfels).
Then follow the marked footpaths.